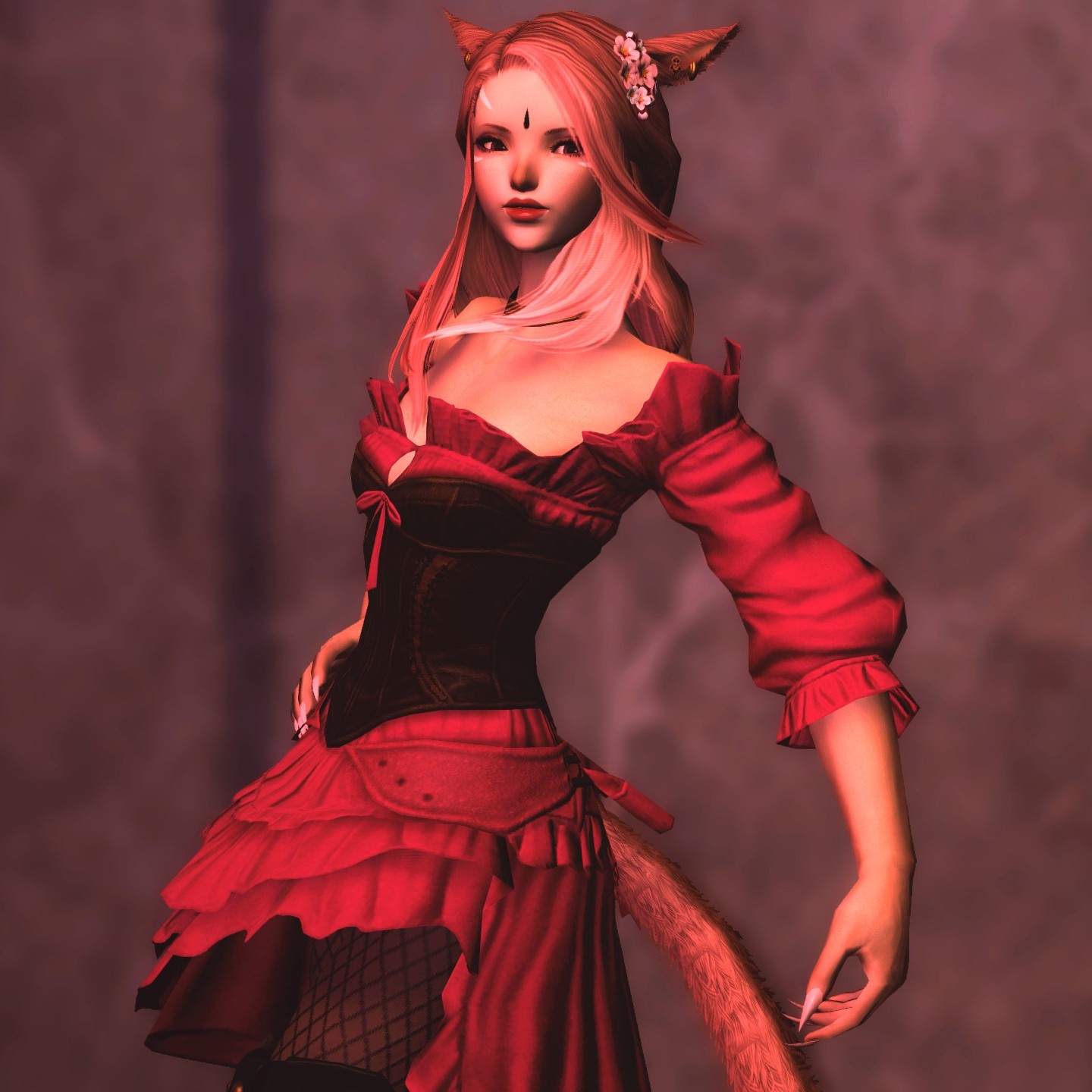 Koh'zi Kaatapoh was born in a small commune of keepers. From a young age he was raised alongside his sisters and brothers, playing, learning, and growing. He was taught to hunt, taught common for trade, and learned how to survive off the land. After his eighteenth nameday, that would change. Unlike most other tribal keepers, Koh'zi was not sent away to live the life of a wandered. Far from it, for his tribe knew men cannot be trusted on their own. Wandering men are often poorly groomed, unhygienic, and selfish but unfortunately necessity to keep the tribe going. Because of this, Koh'zi's commune came up with their own solution to the plight of man: the Breeding Cellar.

If wandering men could not be trusted to bathe, learn, and be considerate lovers, why not create a space to keep them. What started out as a cellar for the commune soon evolved into something more akin to a sultana's harem, an empress' concubines. The males of the commune are given the choice to stay with their families under the condition that they become that what the huntress' desire. Feminine, soft spoken, perfumed, and erudite. They must know how to cook, clean, and entertain. Their chambers must be impeccable and inviting.

This is where Koh'zi ended up, where he spends most of his time. The feeling of silks and nylons against his body never bothered him, nor did the feeling of servitude. Koh'zi loves to please, loves to chat, and loves to learn about his partners. He adores everyone, masculine, feminine, and everywhere in between. He prefers to top but loves to bottom, especially for his commune's trans women. Truly, he is happy in the breeding cellar and thus has become one of its most popular denizens.

Though he adores his position and role in the community, Koh'zi has begun to explore. His seniority in the cellar has awarded him some additional freedoms, which the young man has used to explore Eorzea. It is not an uncommon sight to see him out and about in Ul'dah and Gridania, buying new outfits or working as a barkeep.