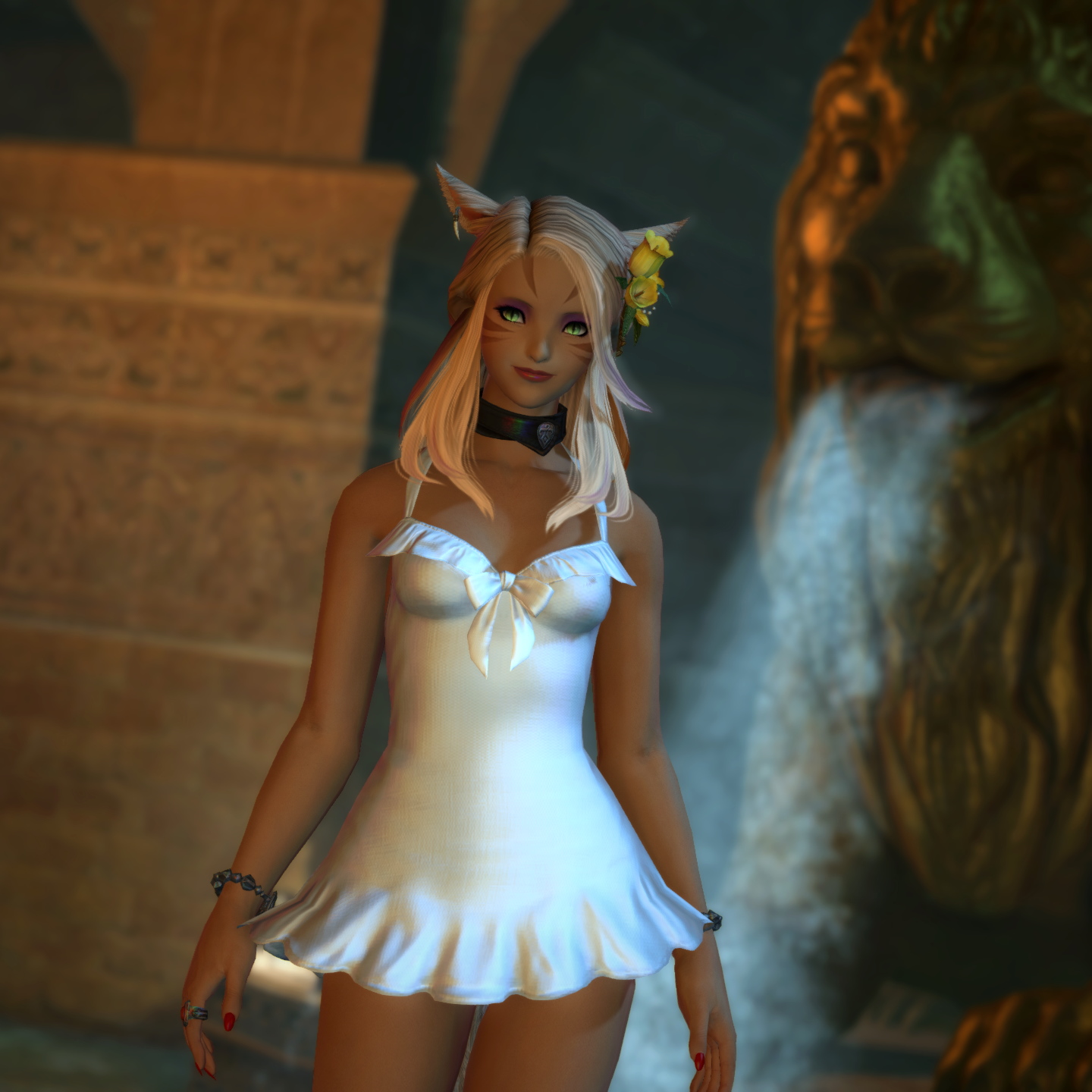 N'tajha was born a member of the Aldgoat tribe. Her mother was a tribal conjurer and shaman, tasked with keeping the tribespeople healthy and safe. It was something Taj always admired about her mother and from a young age she looked to follow in her footsteps. The problem was, she was assigned the wrong sex at birth.

Barred from following her mother, she was forced to take up the axe and be trained to hunt. It was around this time that she met Yumi, her lifelong friend. Yumi saw that Taj was struggling and offered to help. With her friend's guidance, Taj became passable as a hunter, at least enough to fly under the radar. It was with this freedom she was able to continue her practice of conjury and alchemy in secret.

As she grew into her teens, she began to get into trouble. First, her mother found her practicing conjury. While she was supportive, for the sake of the tribe, she had to chide and forbid the Tia from practicing. The second was something of a sex scandal. Tajha had been found with another Tia which, while not terribly abnormal, was another strike against her. The third was her being caught trying to steal a dress.

It was at this time, after this third issue, that she began to talk to her mother. She mentioned that she didn't feel comfortable in her body, that she wished she could be a girl. Her mother was once again caught at a crossroads, to support her daughter or to adhere to the strict rules of the tribe. She picked her daughter. Soon enough, her mother was providing her hormonal remedies and helping her on her way. By her early 20s, the effects were pronounced and Tajha came out to the tribe.

Her best friend, Yumi, was taken aback by this. Yumi had managed to attain the title of Nunh a few years earlier, had been numbing herself with alcohol and sex. Suddenly, her friend was out and living her best life, something Yumi was deathly afraid to do. At first the announcement had created some distance between the two, but slowly their friendship returned to normal, just in time for Yumi to make her own announcement: she was trans too.

Tajha was conflicted. She was happy for her friend, but she knew the hardships this would bring. Adding to it was their budding romance. Tajha leaned straight and suddenly her love was out and working on becoming more femme. She knew the relationship wouldn't last much longer, but she also saw that their friendship was stronger than ever. The two women had something else in common, an experience that made them sisters, and nothing would come between that.

As the tribe became more hostile to Yumi, the two made a pact. They would escape under the cover of night and make their way to the city states. They would be free of the tribe, its rules, and the gender roles that were callously thrust upon them. Later that night, they fled to start their new lives.