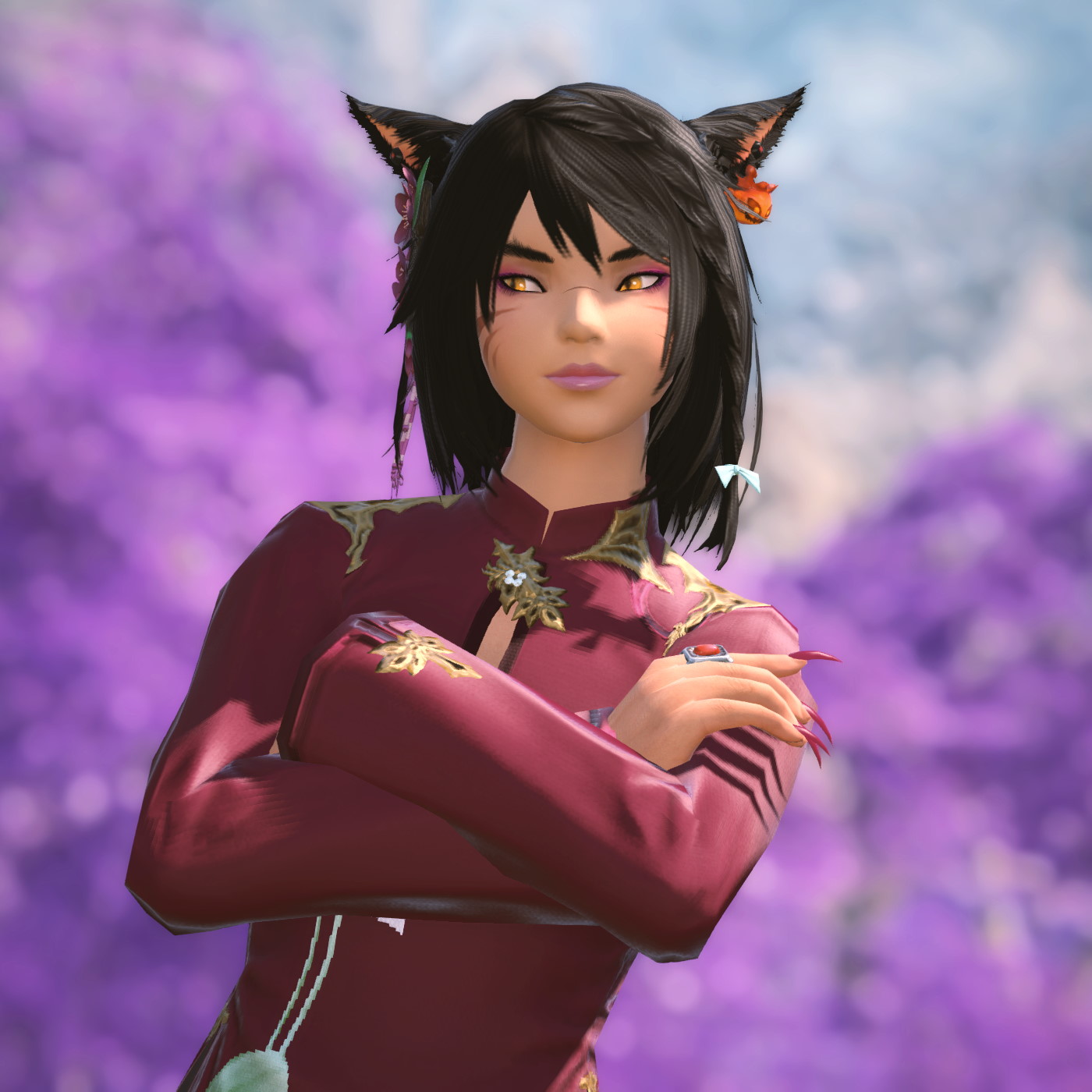 N'yumi was born a member of the Aldgoat tribe. From a young age she was trained in the ways of the axe by her elders and learned to fight and hunt for the tribe. Very quickly she earned a reputation as a fierce fighter, someone the tribe could rely on in combat. This got her a lot of praise from her nunhs and the other hunters, something that weighed heavily on the young woman. While she seemed to enjoy the life of a hunter, she was struggling with her identity and the social norms thrust upon her.

As she entered her twenties, her friends urged her to challenge one of the elder nunhs and take her place near the top of the tribe. She resisted at first, claiming she had other things on her mind or her role as a hunter was more important, but soon ran out of excuses. The pressures built and folks in her tribe began to question her sexuality, her virility, and her mental fortitude, so she issued her challenge and won.

Being recognized as a leader and a breeder, the young woman began to numb the pain and ignore her feelings by dipping into the carnal pleasures. Every night was a new woman and a new bottle of spirits. She drank and fucked her way through her twenties, hoping her feelings about her gender would be numbed and subside. "Was just a phase, every kid must have these thoughts." They didn't though, and as she approached her thirties she knew she'd have to deal with it sooner or later.

It took one of her friends, N'tajha Tia, coming out to her for it to slowly dawn on Yumi. Though it took a few years, she confessed she'd also questioned her gender and wished she'd have been born a woman. Tajha understood what she meant and the two started a long, secretive relationship. During the days they'd barely associate with eachother, but at night they would talk and play. Taj helped Yumi realize who she was and Yumi gave Taj some of her first romantic experiences. After rumours began to swirl, Yumi came clean and came out, announcing herself as Yumi.

While the tribe was fairly supportive of Tajha, Yumi was a different story. A Tia, well, a Tia could get away with that sort of thing. It didn't threaten the patriarchy, it didn't change the status quo. A Nunh coming out, well, that changed everything and the tribe made Yumi well aware. They became cold and hostile. The huntresses no longer wished to be bred by her, by a woman. Yumi realized she needed to leave before she lost her life.

Late one night the two trans women decided leave their miserable tribe behind and flee to Eorzea.