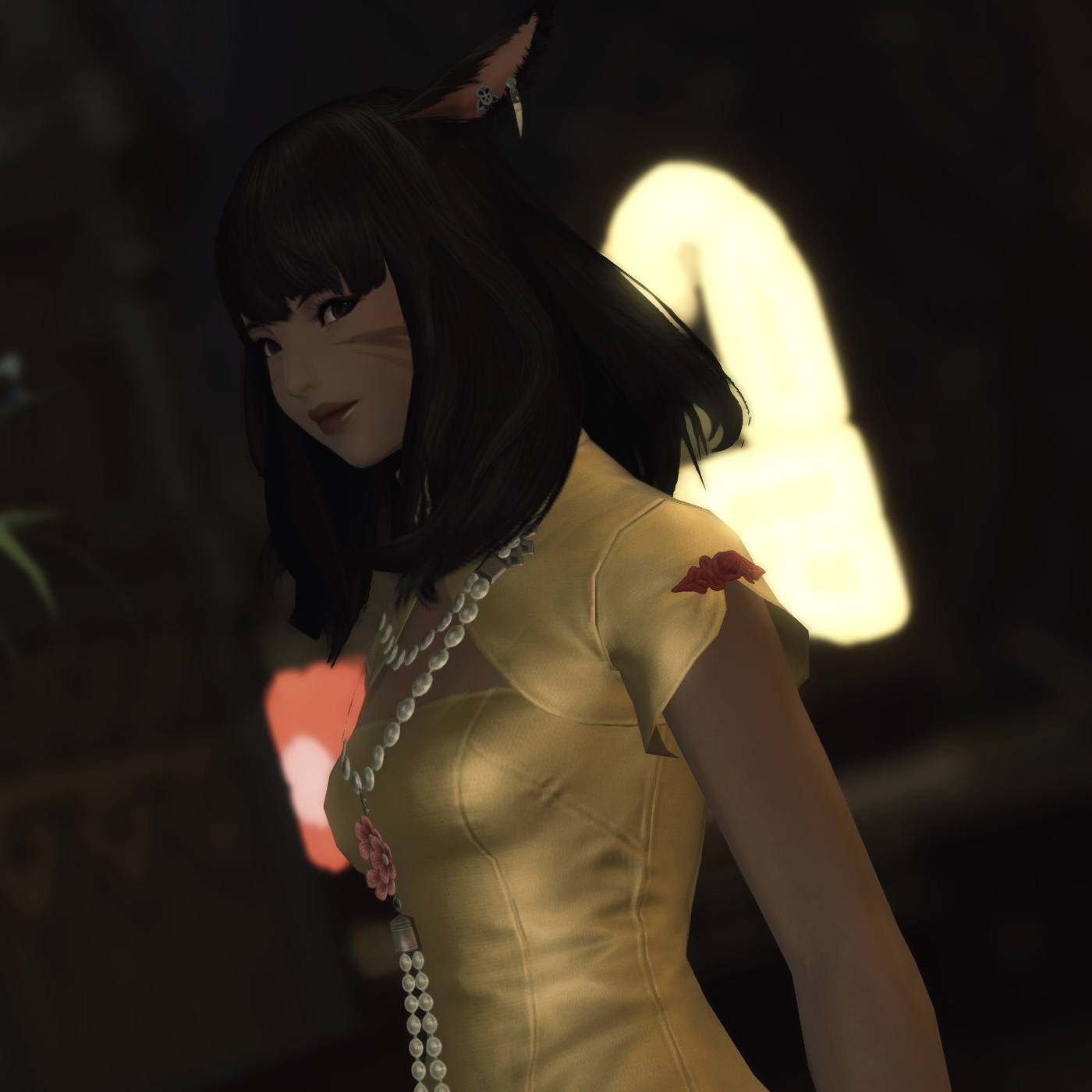 Detoh was born to a small family of hunters in the northern shroud. Her mother, though not a leader, was a rather respected and well liked in their settlement, and Detoh was often pampered and spoiled. Her childhood was one of privilege and one of near limitless freedom. She was trained with a bow and taught minor conjury, she was free to express herself however she wished, including in her dress and her identity. The others struggled at first but soon came to accept and love their new daughter and, as she became a teen, she was finally given a name of her own: Detoh.

Though the families had accepted her and her transition, her adolescence was far from easy on her and her mother. Now requiring medicines and tinctures the settlement was incapable of producing themselves, they needed to scrounge up gil and pelts to trade with. It was during this time Detoh became much more interested in trading and soon took a more active role in it, helping foster trade between her small settlement and the Gridanians. With time she began to amass a small fortune for her family, trading lucrative and rare furs for all sorts of gil and food. Knowing her kin didn't need anywhere near as much money as she was making, she began taking a cut of her own, whisking it away to her own coffers.

Just before her eighteenth nameday, Detoh told her mother that she wished to leave the northern shroud behind and move to the city. Her mother, not one to argue the inevitable, relented and helped her daughter pack her things, reminding her that if things in the city do not work out, she's always got a home to go back to. With bag in hand, the two shared one last hug before the young Keeper was on her way to the big city.

Five years have past and now Detoh lives comfortably on gil she's made through trade and commerce, taking odd jobs and fueling her hobbies as she looks for her next big score.